Last week a major story broke about mammography, creating a new opportunity for the media to baffle American women and generate the controversy and heated debate in which news outlets seem to relish.

This time it was the American Cancer Society releasing new guidelines on breast cancer screening, for women at average risk, which state: 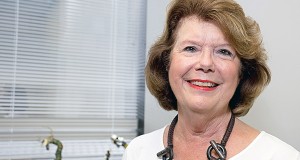 Dr. Elizabeth Fontham, dean of the School of Public Health at Louisiana State University and the chair of the group that developed the new guidelines states, “Though the evidence shows that there are some benefits from mammography screening starting at age 40, those benefits more clearly outweigh the harms from age 45 onward.”

Fontham acknowledges that some women will choose to begin screening between age 40 and 44 who are “less concerned about the chances of experiencing a false positive finding.”

Fontham and her colleagues believe the higher instances of false positives among this age group (which can lead to over-diagnosis and over treatment) are a good reason to delay the first mammogram until age 45. But according to the Young Survival Coalition, approximately 26,000 women under age 45 will be diagnosed with invasive breast cancer each year. Compared to older women, young women face more aggressive cancers and lower survival rates. What’s more, breast cancer and breast cancer death is more common under 45 for African-American women than white women.

Shouldn’t women have the right to determine whether a higher false positive risk is something they are willing to live with in exchange for the opportunity for earlier detection? And why isn’t close monitoring an option to prevent concerns about over-treating breast cancers that would not become life-threatening?

The American College of Obstetricians and Gynecologists has rejected the new guidelines, along with most associations comprised of individuals who diagnose and treat breast cancer on a regular basis. Their concern is that raising the age to 45 will deny some women the opportunity for early detection, and has the potential to jeopardize insurance coverage for mammograms in women aged 40-45 and annual screenings in women over 55.

But the damage is already done. As with most news stories that reach critical mass, the simple takeaway is that early and regular mammograms aren’t really useful. Just like after the U.S. Preventive Services Task Force recommendations in 2009, this announcement will most definitely have an effect on screening compliance.

And the real tragedy is that thousands of younger women will be diagnosed with later stage and more aggressive cancers, which will lead to a higher death rate and reverse much of the progress that has been made in early breast cancer detection and survival rates over the past two decades.