The Government, Media and Misinformation

In November of 2009, the U.S. Preventive Services Task Force recommended—contrary to the advice of the American Medical Association and the American College of Radiology, that breast screening with mammography should only be performed in women between the ages of 50 and 74, and only at two year intervals.

The USPSTF is defined as an independent panel of “experts” in prevention and evidence-based medicine made up of physicians, specialists, nurses and behavior specialists and is supported by the U.S. Department of Health and Human Services.
The news of this announcement was reported far and wide, as well as repeatedly, in nearly every major news source throughout the country. The announcement generated a great deal of controversy within the medical community, which by and large rejected the USPSTF guidelines.
But the damage was done. The USPSTF Guidelines were widely publicized in thousands of U.S. media outlets. The rebuttals from organizations like the American College of Radiology and the Society of Breast Imaging were barely heard outside of the medical community. The casual news watcher would conclude that the U.S. government did an analysis which revealed that mammograms are only useful after age 50 and then once every two years.

Why the USPSTF Recommendation was Flawed

For the greater public good, the USPSTF is striving for “evidence-based medicine.” As such, it relies on computer modeling of multiple clinical studies over many years to arrive at their conclusions.

But what if one of the largest studies used in this analysis was seriously flawed?

The USPSTF analysis included the Canadian National Breast Screening Study (CNBSS). This is the largest breast screening study to date (~90,000 women), which was started in the early 1980s and is ongoing today. Because of the sheer size of this study, any meta-analysis would certainly be influenced by its results.

There’s only one problem. Most reputable medical organizations believe this study to be invalid. In fact, the World Health Organization has excluded this study from its analysis of screening mammography’s impact on breast cancer mortality.

On February 13, 2014, Paula Gordon of the Vancouver Sun, wrote: “Despite being widely discredited, the Canadian National Breast Screening Study haunts us still. Every few years, and again this week, the study’s authors republish their findings and announce screening does not save lives. Too many newspapers spread that misinformation without criticism, even though almost no one who reads mammograms or treats women with breast cancer has ever taken the Canadian study seriously.”

Gordon claims the study’s flaws have been well-documented since it began, and that the study was not blindly randomized. She claims that women in the control group—who weren’t supposed to have screening mammograms—had themselves screened anyway, which contaminated the results. She also talks about the lack of proper technologist training during the 1980s when the study was started, and that the study used “obsolete technology that was designed before many women in their 40s today were born.” 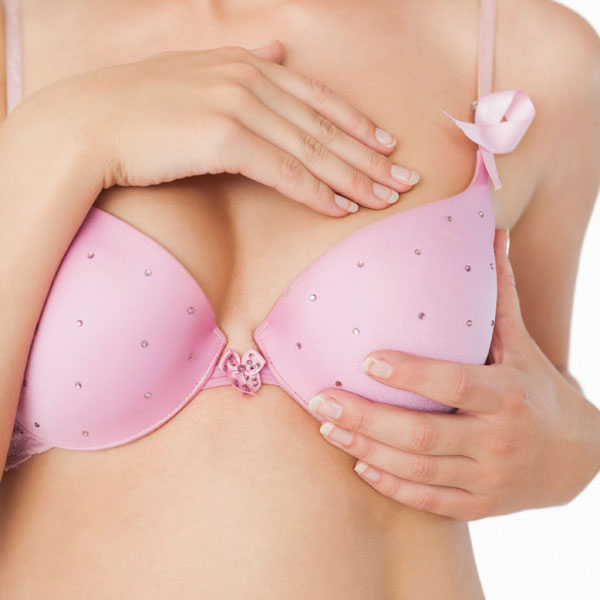 How the Doctors Responded

Eleven organizations came to the defense of the USPSTF recommendations including The American College of Preventive Medicine and The American Academy of Family Physicians. But dozens more were against them, and this included doctors most closely associated with breast cancer detection and treatment.

According to the American College of Radiology, the USPSTF based their “unfounded” recommendations on “conflicting computer models and the unsupported and discredited idea that the parameters of mammography screening change abruptly at age 50” when there is no scientific data to support that premise.

According to Dr. Phil Evans, president of the Society of Breast Imaging:

“The USPSTF recommendations are a step backward and represent a significant harm to women’s health. To tell women they should not get regular mammograms starting at 40 when this approach has overwhelmingly been shown to save lives is shocking. At least 40 percent of the patient years of life saved by mammographic screening are of women aged 40-49. These recommendations are inconsistent with current science and apparently have been developed in an attempt to reduce costs. Unfortunately, many women may pay for this unsound approach with their lives,”

“These unfounded USPSTF recommendations ignore the valid scientific data and place a great many women at risk of dying unnecessarily from a disease that we have made significant headway against over the past 20 years. Mammography is not a perfect test, but it has unquestionably been shown to save lives ─ including in women aged 40-49. These new recommendations seem to reflect a conscious decision to ration care. If Medicare and private insurers adopt these incredibly flawed USPSTF recommendations as a rationale for refusing women coverage of these life-saving exams, it could have deadly effects for American women,”

“The USPSTF claims that the “harms” of mammography, including discomfort of the exam, anxiety over positive results, and possibility of overtreatment because medical science cannot distinguish which cancers will become deadly most quickly ─ outweigh the greatly decreased number of deaths each year resulting from breast cancer screening. Without doubt, the possibility of having one’s life saved through early detection far outweighs any of these concerns. Their premise is tragically incorrect and will result in many needless deaths if their recommendations are adopted by the American public.”

What does this teach us?

We use this example to demonstrate how the best intentions of the government, media and doctors can work together to baffle the American public and possibly even cost lives.

A study was published in October 2012 that attempted to examine patients’ understanding of the revised screening mammogram guidelines released by the USPSTF. Of the patients surveyed, 67% indicated “increased confusion regarding the age and frequency of screening mammography.”(1)

The media thrive on controversy, so almost nothing reported in mainstream consumer media can and should be trusted without further verification or validation by medical experts who are in the know.

Our government is a bureaucracy, and as such, it is laced with inefficiency and its members may be influenced by the wrong “experts.” To make an announcement of that magnitude without first consulting the very individuals working within the field of breast health is unconscionable, yet that is exactly what they did.

Here’s a question no one is asking: What was the ultimate effect of the USPSTF announcement on American women? Did fewer women adhere to the proper screening guidelines, and were lives negatively impacted or lost as a result?