In November, 2003, Nancy Cappello received her “Happy Gram,” the radiology report from her annual mammogram that announced “no significant findings.” This was the eleventh annual mammogram she had… as well as her eleventh Happy Gram.

“Two months later at my annual exam in January, my doctor felt a ridge in my right breast and sent me for another mammogram and an ultrasound,” she said. “The mammogram revealed nothing yet the ultrasound detected a large 2.5 cm tumor, which was later confirmed to be stage 3c breast cancer.”

Why didn’t any of the eleven annual screening mammograms—and the subsequent diagnostic mammogram—reveal Nancy’s cancer?

“I have dense breast tissue, and women like me have less than a 48% chance of having breast cancer detected by a mammogram.”

Up to 40% of all women have breast “density” of varying degrees, and dense breasts are more common in younger women. The fibrous, glandular tissue of a dense breast appears white on a mammogram—but so does cancer. Even the most experienced breast radiologist may have difficulty spotting lesions in denser-breasted women.

Today, women in about 36 states directly receive a copy of their mammography report, along with their breast density measurement, as mandated by law… this is largely the result of efforts made by Nancy’s non-profit AreYouDense.org and the work of progressive state legislatures.

In states in which there is no breast density law, reports are sent to the primary care doctor. However many physicians and 90% of their patients are not aware of the effect of breast density on mammogram effectiveness.

If you live in a state in which there is no breast density law, it is important for you to request a copy of your mammogram report from your doctor and inquire as to your breast density BI-RADS measurement. Then, do your own research to determine if a supplemental annual test—in addition to mammography—is right for you. 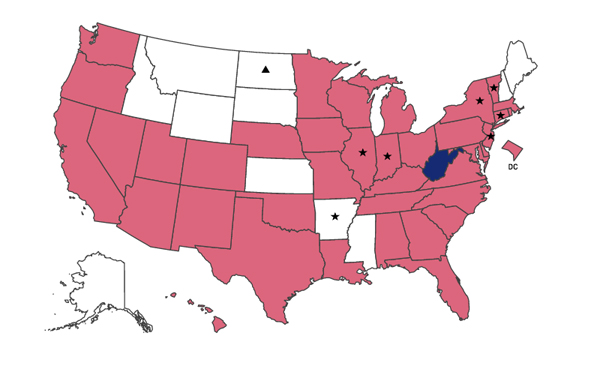